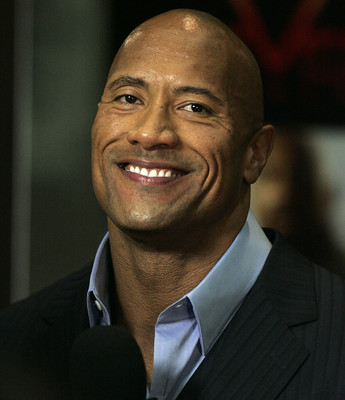 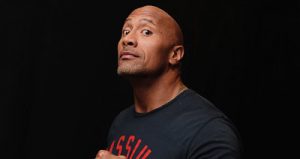 As of 2021, Dwayne Johnson net worth is estimated to be $320 million. The Rock didn’t just stick to wrestling he expanded his horizons to a lot of other opportunities like acting, where he has recorded great success, making him a very popular man in the world. Read on to know how The Rock made such a huge net worth.

Dwayne Douglas Johnson A.k.A the rock, was born on May 2nd 1972 in Hayward California.

He is the son of a professional wrestler Wayde Douglas Bowles also known as rocky Johnson. His father was a black Canadian from nova scotia and his mother is Samon the daughter of Peter Maivia, who was also a pro wrestler and Dwayne’s grandfather.

Dwayne began playing football during his high school years in which he received a full scholarship from the University of Miami. In 1995, Dwayne later suffered a back injury which affected his career and cost him a place in the NFL. He later signed a 3 –year deal with the Calgary Stampedes in the Canadian Football League but left after a year to pursue a career in wrestling.

Like his father Rocky Johnson and his grandfather Peter Maivia, He made his wrestling debut in the USWA under the name Flex Kavanah where he won the tag team championship with Brett Sawyer. In 1996 he gained mainstream fame as wrestler in the World Wrestling Federation (WWF) and was quickly pushed as a face in the WWF and began taking the persona of The Rock. 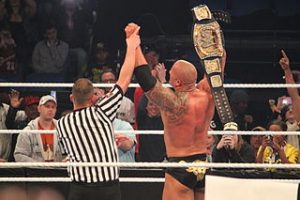 rock won the title.jpeg by Megan Elice Meadows is licensed under CC by 2.0

The rock later took off from WWE to play his first leading role in the movie scorpion king in 2002 a prequel to The Mummy Returns (2001). For this role he was paid US$5.5 million which was remarkable for a first time starring role.

Since his last in-ring appearance in the WWE in 2004, he has focused solely on acting, and starred in several popular movies such as The Rundown, Be Cool and Gridiron Gang.

In November 14, 2016, Johnson was chosen to voice Maui a semi god in Disney’s Moana as his character portrayal references his in-ring appearance along with his signature eyebrow raise in WWE.

Dwayne Johnson got married to Dany Garcia in May 1997 and divorced on June 2007 though she continues to serve as his manager. 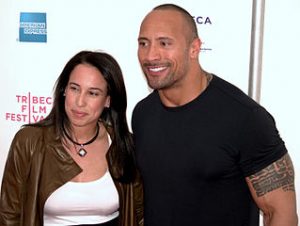 “File:Dany Garcia and Dwayne The Rock Johnson 2009 Tribeca.jpg” by David Shankbone is licensed under CC BY 3.0

They both had a child Simone Garcia Johnson, born in 2001.  In august 2019, Dwayne got married to his longtime girlfriend Lauren Hashian, the two had two daughters jasmine Gia born December 2015 and Tiana Gia born April 2018.

In February 2020, the daughter of Dwayne ‘The Rock’ Johnson, Simon Johnson and his ex-wife Dany Garcia signed with WWE and began training at the WWE Performance Center. Simon Johnson is well on her way to becoming the family’s fourth-generation wrestler.

What is Dwayne Johnson net worth?

With an emphasis on Dwayne Johnson net worth in 2021, The Rock didn’t just stick to wrestling he expanded his horizons to a lot of other opportunities like acting, where he has recorded great success, making him a very popular man in the world.

Dwayne Johnson was recently listed in the Forbes celebrity 100, 2020 as the 10th highest-paid celebrity in the world with estimated earnings of $87.5 million.

Dwayne Johnson Net Worth in 2021 & Businesses

Dwayne Johnson owns a movie company named the Seven Bucks Productions and also  a YouTube channel named The Rock which he started in 2016.

Dwayne Johnson and Dany Garcia his business partner, ex wife and longtime manager — together founded Seven Bucks Productions company in 2012 which he partnered with an apparel producer Under Armour known as Project Rock. Through Seven Bucks Productions, he has created starring roles for himself in blockbusters movies like The Titan Games (NBC), Ballers (HBO), Jungle Cruise (Disney) and Hobbs & Shaw (Universal).

He also has a digital media brand named Seven Bucks Digital Studios and a multiple day live event that combine wellness, athletics and entertainment known as Athleticon. The name of the company is a reference to a rough time in his life when he was cut from a Canadian Football team and ended up going back to Florida with only seven bucks to his name.

The rock also has endorsements with Apple for a new TV commercial promoting voice assistant Siri, in which he uses the Siri function on his iPhone 7 to plan his day.

How Does Dwayne Johnson Spend His Money?

One way is through charity, in 2006, Johnson founded the Dwayne Johnson Rock Foundation, a charity that works with terminally ill children to improve their self-esteem and help empower their lives.

He also donated $1 million to the university of Miami to for their renovation of the school’s football facility.

He also spends a lot of money on food to maintain his physique. When he’s not building mass, The Rock eats about five meals per day. When he is training for a film role, he eats as many as seven meals a day. Rock’s diet consists of steak, egg whites, oatmeal, chicken, protein shakes, veggies, fish, orange juice, rice and potatoes.

Dwayne The Rock Johnson also has a flair for expensive cars; 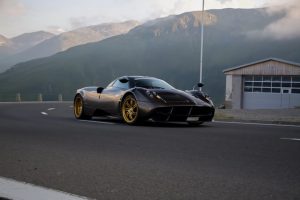 One of the world’s most famous hypercars in the world, only a select few can have the  Pagani Huayra, you might with a price tag of  $1.3 million, Although The Rock drove this car to the season premiere of the HBO series Ballers, he actually doesn’t quite fit in the driver’s seat, but some how the rock manages.

The Rock opted for a The LaFerrari, the hypercar of the world famous Italian manufacturer, this very high performing luxry car  one of the most rare and sought after. Unfortunately, he was incapable of fitting inside the incredibly car. Receiving the car as a complementary lease, given to him after the premiere of one of his movies. When the lease expired, he decided not to buy the car rather to save his hard earned money for a ride he could actually fit into. 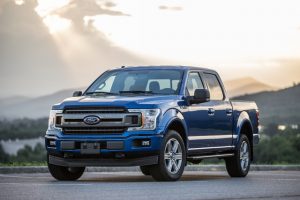 In addition to the Pagani Huayra, The Rock also has a custom F-150 , Out of every car in his collection, This is the car that the Rock comfortably fit in. The base price for a normal F-150 is around $50,000. 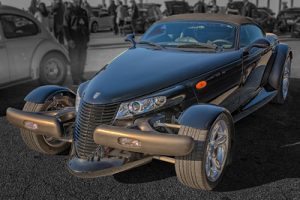 “Plymouth Prowler (Cars & Coffee of Hendersonville)” by @CarShowShooter is licensed under CC BY-NC-SA 2.0

There has never been a car quite like the Plymouth Prowler, Distinctive by nature, the car has a top speed of 118 mph and a 0-62mph sprint time of 5.9 seconds, the abnormal design makes the car look cool.  The Rock was spotted cruising this hot-rod like sports car while filming the movie Pain and Gain.

The Rock is also into the real-estate game. He’s had a few million-dollar mansions. He also sold a six-bedroom home in Hidden Hills, California for $4.9 million in 2012.

Where does the big-sized boy of The Rock need to stay?

Here is what the mansion look like. It’s really big, and there really is enough space for ​​The Rock.

Why go to a  gym where you can create your own?

People who like to exercise often feel at home in the gym and The Rock loves to exercise, just look at the size of his muscles! He named his gym Iron Paradise and basically Disneyland but for fitness enthusiasts.

The great value of Dwayne Johnson is a testament to his hard work for several years and as a result, he is able to wear his own custom suits and live a luxurious life.