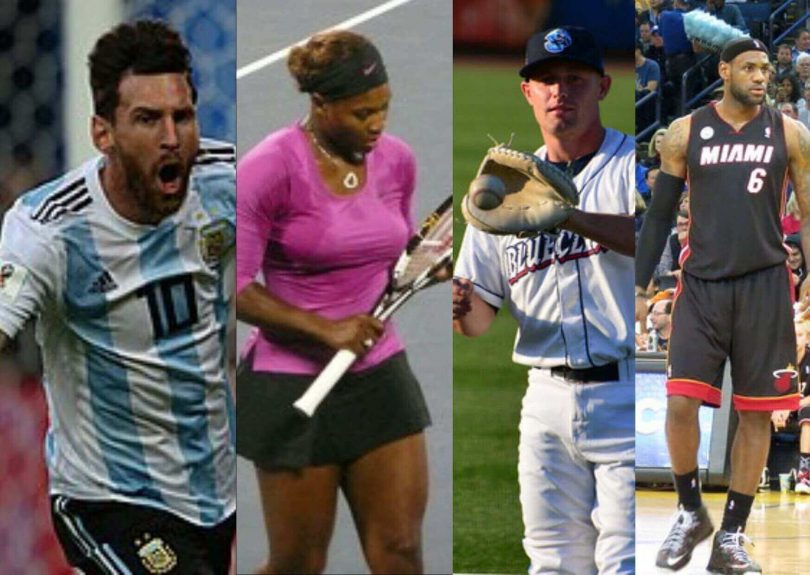 What are the most popular sports in the world?

The excitement, suspense and thrill, brought about by sports are a sign of its amazing effects on people. For centuries people have enjoyed fascinating entertainment, thanks to the wonderful interactions and emotional bonds that have formed in our hearts and minds.

A tool for social and economic change, sports have done more than entertain us; it has helped to build one of the world’s most prosperous economic systems.

At times when the world has witnessed violence, sport has brought a smile to the sad faces of the affected parties. An example is the agreement on Christmas Day of 1914, in which both warring parties left all differences to enjoy a fine world football game. That was an act of kindness and compassion in the midst of much violence.

In one of the world’s most prosperous economies, the proceeds of entertainment have helped boost economic growth. Evidence of this fact is that the effect of sport has had on the Gross Domestic Revenue (GDP) of the United States.

To know about the most popular sports in the world, read on. Our rating is based on the estimated number of followers, including global audience reach (TV viewing), online popularity (social media and search results), gender equality, endorsements, and athletic salaries.

The most popular sports in the world are; 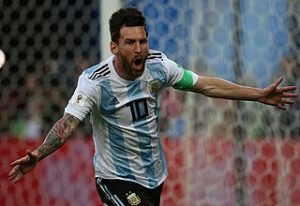 The dominance of football around the world is so clear that it should not really surprise anyone to see the name of football dominating this list of the most popular sports in the world. The Beautiful Game, as they call it, has as many eastern fans as Japan and the West as America but nowhere in the world is the game more popular than in Europe. For many European nations, it is more than just a game but a way of life. The FIFA World Cup is the highlight of the game which is not only the most watched team event but also one of the highest paid competitions in the world of sports.

Soccer is one of the most popular sports in the world and very accessible, no one in the world would say they’ve never kicked a ball at some point in his or her life. Soccer dominates the sports world and some of the world’s largest countries including almost all European nations such as the United Kingdom, Germany, France, Spain etc. South America football is more than just a sport, it represents the dreams and happiness of children in Brazil, Argentina and other Latin countries. Let’s take a look at some of the statistics that will put all the controversy that Football is the biggest and most popular sport in the world.

The Soccer World Cup is the most watched sports tournament in the world. 3.9 million people tuned in at one point during the 2014 FIFA World Cup making it a major sporting event. While the 2014 World Cup final was watched by an estimated 700 million people worldwide.

The English Premier League (the highest division of English football) is the most watched sports league in the world broadcasts in 212 locations around the world as more than five billion viewers prepare for action each season. SkySports and BT Sports have paid more than £ 5.3 billion for UK Premier League rights. 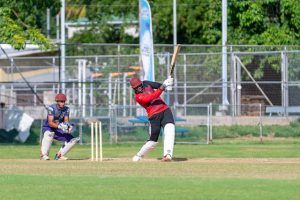 Cricket comes second on the list of the most popular sports in the world. It is a fantastic game that is enjoyed by some 2.5 million fans, mainly from countries such as Australia, South Africa, Pakistan, New Zealand and India.

The most followed cricket tournament, the World Cricket Cup, which was last played in 2019 was watched by an estimated 2.6 million people.

Although male-dominated cricket is receiving a lot of attention, women’s cricket has been growing in popularity over the years.

Cricket is popular on the continents of India, Australia and England. Founded in England, the game quickly became popular in all parts of the world. In the middle of the 20th century, Britain left almost all of its colonies but one thing did not leave that was cricket.

In India and Pakistan, together making up the fifth largest population of the world, cricket is a religion. It is a source of patriotism, an excuse for defusing tensions between major rivals. The T20 is the latest cricket format that creates waves in other countries and now many countries are taking the game to a professional level.

Women Cricket: Women’s cricket is growing rapidly in many countries that love cricket. The ICC (International Cricket Council) has increased women’s television competitions and prize money and women are now paid 50% more than they did five years ago. 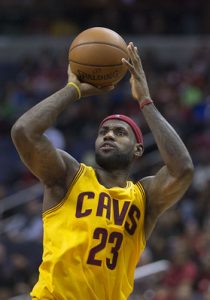 “LeBron James” by alexwaltasss is marked with CC0 1.0

Basketball has over a billion fans. It’s one of the biggest sport in the USA with the NBA generating more than $ 4.75 billion a year in revenue. Leagues are being established professionally in Spain, Greece, Turkey, Italy, France, Argentina, China and other leagues too getting established makes it the fastest growing sport in the world.

The NBA (American basketball league) is the third largest sports league after the NFL (American football) and Premier League (Football / Football) in terms of revenue of more than $ 4.75 billion made in 2014.

Basketball is also a fast-growing sport in all levels from income, to tournaments / leagues. Many professional leagues are being established in countries around the world, especially in easter European countries such as Poland, Hungary, the Czech Republic, Serbia, Lithuania where basketball is easily the second favorite sport. 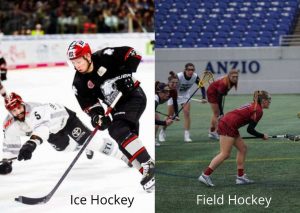 Hockey, both in the field and ice has a follower of about two billion people. Field hockey is widely practiced in Europe, Africa, Asia, and Australia, and ice hockey is popular in Canada, the US, and Northern Europe. The game features two teams trying to put the ball into the opposing team’s net with a hockey stick. Unlike ice hockey, field hockey usually does not involve physical contact in the form of checking.

The men’s and women’s hockey league is also getting a lot of attention from brands like Gatorade, Reebok, and others, who are willing to sign sponsorship deals with these teams.  The highest paid hockey player earns about $ 16 million a year. 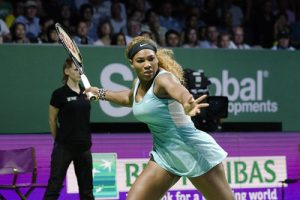 This game is truly a universal game unlike other team games listed above. Tennis is also one of the most popular sports in the world and its an individual based game. Specifically, its four major events called “Grand Slams” where top games are usually the most watched sports events every year. Unlike other sports, Tennis is equally popular with men and women around the world. Tennis is actually one of the rarest sports in the world that represents gender equality and the prize money for the same men’s and women’s competitions.

All four major hits, the Australian Open, the French Open, Wimbledon and the US offer the grand prize money and the prize money given to the winners of the men and women singles event is the highest in any match.

Wimbledon is not only the most prestigious tennis event but also in every sport. More than 1 billion people log in sometime during Wimbledon 2015 and 2014. While 17.3 million viewers tuned in to BBC One in the UK in the 2013 Wimbledon finals.

While Maria Sharapova and Serena Williams are the most successful female tennis players and also appeared on the list of the top 20 top athletes in one of their careers.

About 45 countries are represented in the top tennis positions for men and women. While tennis players (male and female) from 30 different countries won at least 1 major slam which made it a unique sporting record. 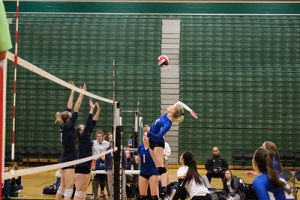 A sport that attracts up to 900 million fans, volleyball is gaining a lot of attention on social media.

The popularity of Volleyball among both genders, making it one of the fastest sports in modern times.

Volleyball involves two teams, each on one side of a raised net, attempting to volley the ball on the ground of the opposing team to score. The game has followers mainly in North America and Western Europe but also in Asia, Australia and South America. Top volleyball players earn about $ 1 million each season.

A popular variation of the game, known as beach volleyball, is played in the sand by two people in each team, unlike regular volleyball, where there are usually six players in each team. 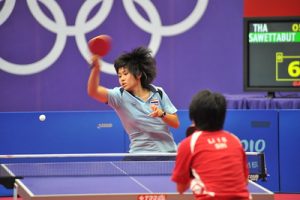 This sport was originated in t the early 20th century in England formerly known as ping pong, it’s now popular all over the world, with an estimated 875 million users. It is very popular in Asia, followed by Europe, Africa, and  the United States. One of the reasons why the game is so popular is that the rules are easy to pick up, table tennis hardly take any place at all. 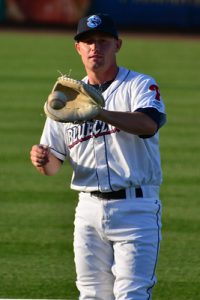 This sport consists of two teams trying to hit the ball with a bat between two white lines, the batsmen running around a series of bases for hitting runs (points). It is popular in the US, East Asia and Latin America, especially Major League Baseball (MLB), the world’s leading baseball league, has an estimated 500 million fans worldwide. In the test of gender equality, male athletes mostly dominates this sport.

Rugby has an estimated 475 million people. The game originated in England and is now very popular in the UK and other Commonwealth countries such as Australia and New Zealand. In rugby, two teams try to kick, hold, or pass the ball to the goal line to score. Rugby is a social game that involves many facets, such as American football. But while American football players wear a lot of helmets and protective helmets, rugby players wear very little protection.

Genres such as MasterCard, Heineken, Emirates, DHL, and Toshiba, who sponsored the 2019 Rugby World Cup, are helping to build the foundation for the game. Rugby players also receive a lump sum, and the highest paid player earns $ 1.4 million a year. The Super Bowl also helps to improve its popularity.

It’s the only combat sport on this list, boxing is as international as Tennis and Athletics. Floyd Mayweather and Manny Pacquiao have dominated the rich list for the past decade while boxing has developed some of the greatest athletes ever to live. Boxing is a major sport in USA, Mexico, Latin America, United Kingdom, Philippines, Japan, Russia and other eastern European countries such as Ukraine, Poland, Romania.

It is very popular with women and has many famous women champions. Laila Ali and Lucia Rijker are the world’s most famous female champions.

Floyd Mayweather vs Many Pacquiao was the most expensive boxing fight ever earning more than $ 400 million. While Mayweather came home with a record of $ 250 from night work while Pacquiao received $ 120. 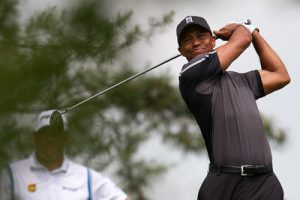 “Tiger Woods” by myophoto is licensed under CC BY-ND 2.0

This sport originated in Scotland in the 15th century. Today, the game has an estimated fan of 450 million, popular in north America, western Europe and east Asia. However, in comparison to the other sports on this list, it does not involve direct competition as there is no face-to-face challenge or adrenalin withdrawal action, rather it focuses on endurance and personal ability.