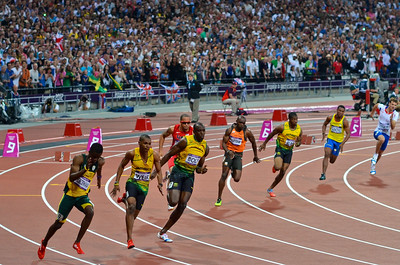 Running is an Olympic sport and there are many variations of this sport but we will discuss the fastest runners in the world based on their 100m record time, running requires a lot of energy, hard work and most importantly your win depends on how you run. This sporte also requires physical and mental strength and concentration, when a runner starts a race, his success depends on how good his start is.

In this article, we give you a top ten list of the fastest runners in the world who are ranked based on their 100m record time. Without further ado, let’s get to it.

Here are some of the fastest runners in the world right now; 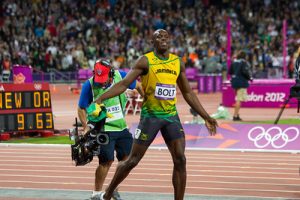 The name of Usain Bolt who is at the top of the list of the top 10 fastest runnersin the world is the biggest name in the word of atheletics. He was born on 21st August 1986 in Sherwood Content, Jamaica. Usain Bolt is ranked as the fastest runner in the world right now with a record of 9.58 seconds in the 100-meter race. In the field of athletics, the Jamaican athlete is a legend. This is based on the many medals he has received throughout his career as a runner.

No athlete has broken the fast sprint record set by Bolt. He was well-known to all athletics fans at the Berlin 2009 World Championships where he won the 100-meter dash on the world record in 9.58 seconds and 200 meters in 19.19 seconds. Bolt was also a member of the 4 × 100 London team that won in 36.84 seconds.

Finally, in August 2015, Bolt set a record of being the only athlete to win three straight 100, 150, 200 meters of Olympic gold medal in Olympic history. With his ten-year reign at the Olympics, the Jamaican was a world-famous competitor. In all, he has collected 33 gold and seven silver medals in all his career. He announced his retirement in 2017 and is one of the world’s top athletes. Before retiring as an athlete, the legend has set some of the toughest benchmark with records for his current and upcoming athletes. 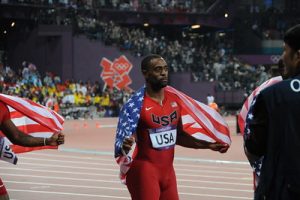 The second person on the list is Tyson Gay, an American athlete born on 9th August 1982 in Lexington Kentucky, United States. He became the second fastest runner in the world when he finished the 200-meter race in 19.58 seconds. He also managed to finish the 100m race in 9.69 seconds, which added to his reputation. History will never forget his spectacular victory as the first runner to complete the 100m in 10 seconds, the 200m in 20 seconds, and the 400m in less than 45 seconds. 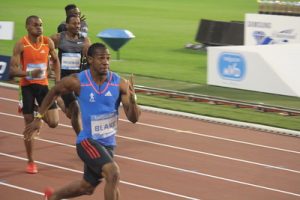 Yohan Blake is third on the list of the fastest runners in the world and people also call him “The Beast”. He was born on the 26th of December 1989 in St. James, Jamaica. In fact, he is believed to be the second fastest runner in the world as he managed to finish the 100-meter race in 9.69 seconds – the same time running with Tyson Gay, the event, which took place in Switzerland was the second-fastest ever. At the age of 19, he was the youngest sprinter to finish a race in less than ten seconds.

In all his international competitions, the Jamaican athlete managed to win 14 gold, four silver, and three bronze medals. Since 2020, all eyes have been on Blake to become the world’s fastest runner. Although 30 years – may not be on his side, his current performance is promising. 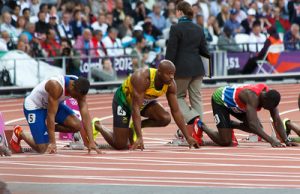 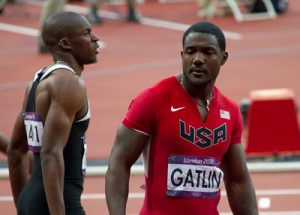 Justin Gatlin is number 5 on the list of the fastest runners in the world. He was born on 10th February 1982 in Brooklyn New York, United States. He has a record of finishing 100 meters in 9.74 seconds. His name could be number 1 on the list because he had finished the 100-meter race in 9.45 seconds which was less than the time of Usain Bolts but he denied the title because he said he believed he was helped by wind turbines. He was later tested for amphetamine and consequently banned from participating in international sports. 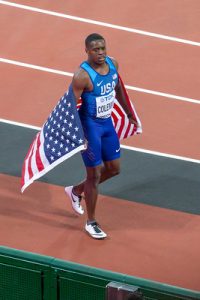 “Christian Coleman with 3rd Place in Men’s 100m Final in London 2017” by wuestenigel is licensed under CC BY 2.0

Christian Coleman is one of the famous 100m and 200m athletes in the world of athletics. Speaking of the 100-meter sprint, Coleman is a world champion. In 2019, at the age of 23, he added to his shelf a 100-meter gold medal, which he received when he finished the 100-meter sprint in 9.76 seconds. Many people believe that he would not have been able to win a medal on a neutral stand if there were drug tests against the competition. 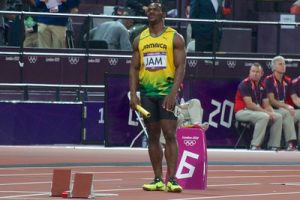 “Nesta Carter waiting to start the 4x100m relay” by ciamabue is licensed under CC BY-NC 2.0

Nesta is one of America’s leading runners. Born in October 1985, he is the seventh fastest man in the world right now. His best record initially was 9.91. Later in Rieti in Italy, Nesta Carter broke his record when he finished a 100m sprint in 9.78 seconds. Carter’s current condition is sad as he battling with a steroid case, which is costing him a lot. 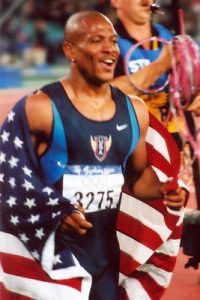 “Maurice Green” by jimmyharris is licensed under CC BY 2.0

In the early years of his career, Greene was the fastest five-time runner, winning five Olympic medals and holding the world record of 100 meters at 9.79. He now owns a 60-meter world record until 1999.

During his career, he not only won the Seville World Champion Gold but also broke Donovan’s record. He defended his position for six years before Asafa Powell later broke his record in 2005. His career saw an end due to being tested positive in a drug test, he was banned from the sport and never returned. 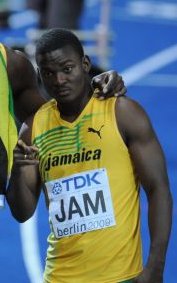 Although Mullings has never competed in the Olympics and has never won a medal, he is currently the 7th fastest runner in the world. He did this five times and ran fast in Oregon, all in 2011. In Oregon, he became the first runner to break a 10-second barrier. After a while he was tested positive in a drug test, which led to the end of his career as he was banned for the rest of his life.

Richard Thompson, better known as Torpedo, a 100-meter sprinter who specializes in 100 meters. The runner comes from Cascade, Trinidad, and Tobago, rose to prominence in 2008 when he came second behind Usain Bolt at the Beijing Olympics. Later in 2014, Thompson was unable to maintain speed again as he was not running fast.

There you have it – our top 10 most fastest runners in the world, based on their 100-meter record. What are your thoughts? Please share with us in the comments section below.