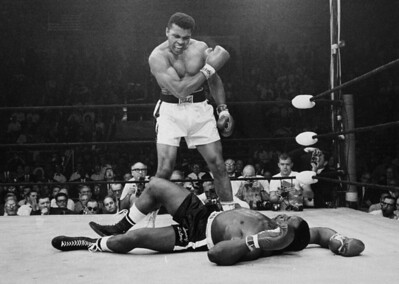 Boxing is one of the most historic and popular sports of all time. And today we are going to give you a brief overview of the top 10 best boxers of all time. Boxing is a martial arts game in which two people participate in a contest of strength, reflexes, speed, endurance, and will, by throwing punches with their fists. It is one of the most paid and most difficult sports ever. 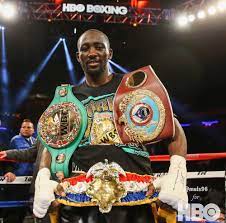 Terence Crawford has held multiple world championships in three categories: lightweight, light welterweight and welterweight. As of February 2020, Crawford is ranked second best boxer, pound by pound, by BoxRec and ESPN, and world-best active welterweight by BoxRec, his also the first boxer to win four major titles in boxing federations since Jermain taylor in 2005. 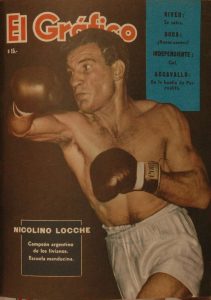 Nicolino Locche of Argentina is often hailed as one of the most accomplished boxers. One of the highlights of his career was winning the junior welterweight title in Tokyo in December 1968, defeating the reigning champion, Paul Fujii of Hawaii, in a professional match. A heavy smoker all his life, Locche fell ill and undergoing three heart bypass in 1994, he later died of a heart attack.

Brazilian Eder Jofre, known as one of best south American top fighters, won the bantamweight title in 1960, the featherweight title in 1973, and was inducted to Boxing Hall of Fame in 1992. While working he fought everyone who wanted to, apart from one great. Probably against Muhammad Ali. Dreaming is always good. 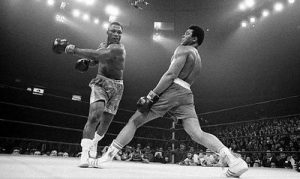 Joseph William Frazier, nicknamed “Smokin ‘Joe,” was a fearsome boxer in the late 1960’s and was a world heavyweight champion from 1970 to 1973. Famous, Frazier was defeated by Muhammad Ali in 1975, the final challenge of the world title and apparently the biggest fight in heavyweight history – “Thrilla in Manila.” Ali won when Frazier retired before the 15th round; retired from the game the following year.

Lawrence Gene Fullmer began his boxing career in 1951 and became a world heavyweight champion in January 1957 when he defeated Sugar Ray Robinson by an unanimous decision. Four months later they had a rematch, this time Robinson delivered a knockout blow in the fifth round which was described as a “perfect left hook” .

As one of Puerto Rico’s top boxers, Félix Juan Trinidad García, better known as “Tito” Trinidad, competed from 1990 to 2008. Trinidad defeated Oscar De La Hoya in 1999, Fernando Vargas in 2000 and William Joppy in 2001. Later in 2001 he experienced, his first professional defeat in Trinidad against Bernard Hopkins; after that he retired from boxing for the first time. He returned briefly in 2004 defeating Ricardo Mayorgam but retired after losing to Winky Wright in 2005. When a second comeback secured another loss (to Roy Jones Jr.), he went into a period of inactivity. 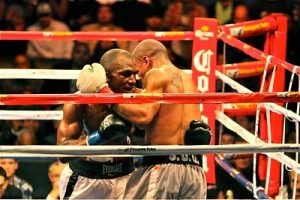 Another retired boxer with an unbeatable record was Andre Ward, who held the world record for super middleweight and light heavyweight. “Ward fought important and meaningful fights early in the decade, winning all of them. He fought in one of the biggest boxing matches, a top-10 pound-for-pound talent he beat him, twice. 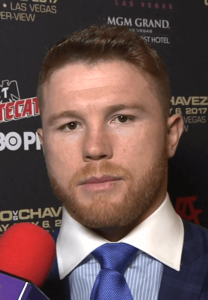 As of February 2020, Alvarez is rated as the world’s best boxer, a pound pound, by BoxRec, a four time world champion. In 2012, Alvarez already held the junior middleweight title, but he still faced a test in the shape of veteran Shane Mosley. Their bout, in which Alvarez defeated Mosley by a unanimous decision.

Morales is a Mexican born boxer who won titles in different weight classes and retired in 2012 and in 2015 was appointed as the new coach of Jessie Vargas. In his decision, Vargas told USA Today, “I have watched almost all of Erik’s great battles – the battles fought by Marco Antonio Barrera, against Manny Pacquiao. Erik was always fighting hard and with all his heart. That’s why I want him in my corner. 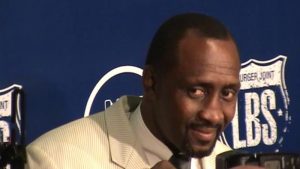 Thomas Hearns, known as “Motor City Cobra” and “The Hitman,” became the first boxer in history to win world titles in five categories: welterweight, light middleweight, middleweight, light heavyweight and super middleweight. After he knocked out Roberto Duran in 1984, he was named Fighter of the Year by The Ring and the Boxing Writers Association of America (previously winning the title in 1980). Shortly after his success, Hearns set his sights on another fearsome opponent.

A multi world champion in three weight divisions (super featherweight, lightweight and light welterweight), Mexico’s Julio Cesar Chavez competed professionally from 1980 to 2005. He holds the record for most defenses of world titles and enjoyed an unbeaten run of 87 wins before his first professional defeat to Frankie Randall in 1994. His 1993 victory over Greg Haugen at the Estadio Azteca set a new record for the largest attendance for a boxing match at that time; they fought before a crowd of 132,274.

Oscar De La Hoya started boxing at a young age of 5 and became one of the most popular boxers in the world. He won ten world titles in six categories and earned more money in his boxing career than any other fighter before him. 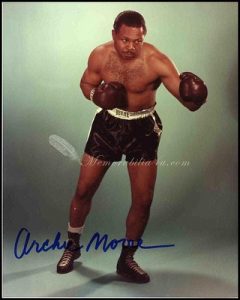 Archie Moore, aka “Mongoose,” is the world’s longest-reigning champion. He holds the record for the highest knockout of any boxer and one of the best boxers of all time. 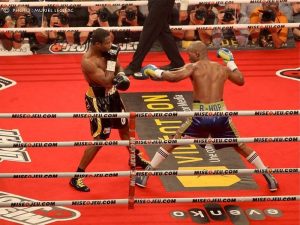 During his 28-year career (1988 to 2016), Bernard “The Executioner” Hopkins held several world championships in middleweight and light heavyweight. In 2004, when he defeated Oscar De La Hoya for the WBO title, Hopkins became the first male boxer to hold simultaneous world titles by all four major boxing sanctioning bodies. When he won the light heavyweight title in 2011 at the age of 46, he became the oldest boxer in history to win the world title, breaking the record set by George Foreman in 1994 at the age of 45. 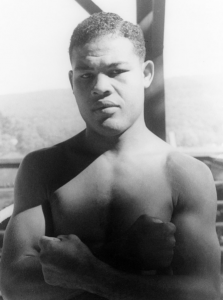 Joe “Brown Bomber” Louis, one of the first black athletes to win the US national title with his victory over Max Schmeling of Germany in 1938, was a heavyweight champion from 1937 to 1949. At the time he defended his title 25 times and became the longest-reigning boxing champion. He volunteered for military service in 1942 and became a sergeant before being released in 1945. 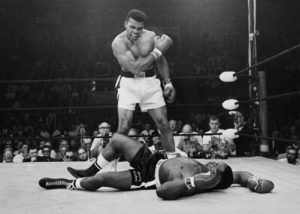 He has been hailed by many as the greatest boxer of all time – even calling himself “The Greatest” – Muhammad Ali is invincible when it comes to cultural and political influence. His record was affected by a four-year leave of absence caused by his refusal to fight in Vietnam war, but his return was impressive. He twice reclaimed his heavyweight title and continued to be an ambassador for peace. In 2005, he received the highest honour of the nation, the Medal of Presidential Freedom at a White House ceremony. 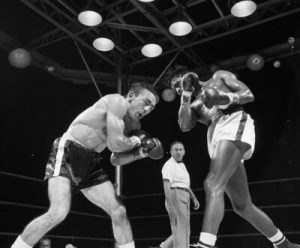 He was a welterweight champion for five consecutive years (1946 to 1951) and became a middleweight champion five times between 1951 and 1960 and one of the best boxers of all time. 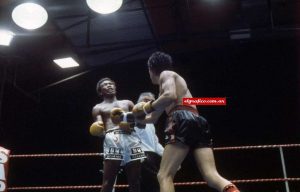 Before Argentine boxer Carlos Monzon was sentenced to 11 years in prison for killing his girlfriend Alicia Muniz in 1988, he held a heavyweight middleweight title for seven years. “He is always a violent, flawed idol and one of the greatest middleweights in history,” wrote Steve Bunce of the Independent. In 1995, after a visit to his home, Monzon died in a car accident. 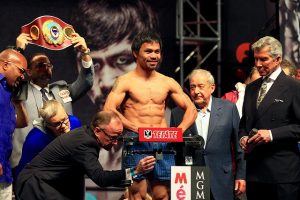 The only eight-division world champion in boxing history, Manny Pacquiao has delivered some of the most memorable matches in the ring. He destroyed Oscar De La Hoya in 2008, wiped out Ricky Hatton (in less than 6 minutes) in 2009 and ousted annihilated miguel Cotto a few months later. However, Pacquiao was defeated by Mayweather in “Fight of the Century” in 2015. Today, Pacquiao also serves as a senator  in the Philippines and one of the best boxers of all time. 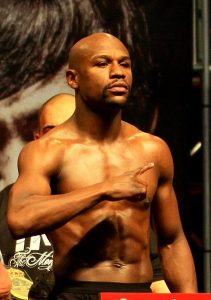