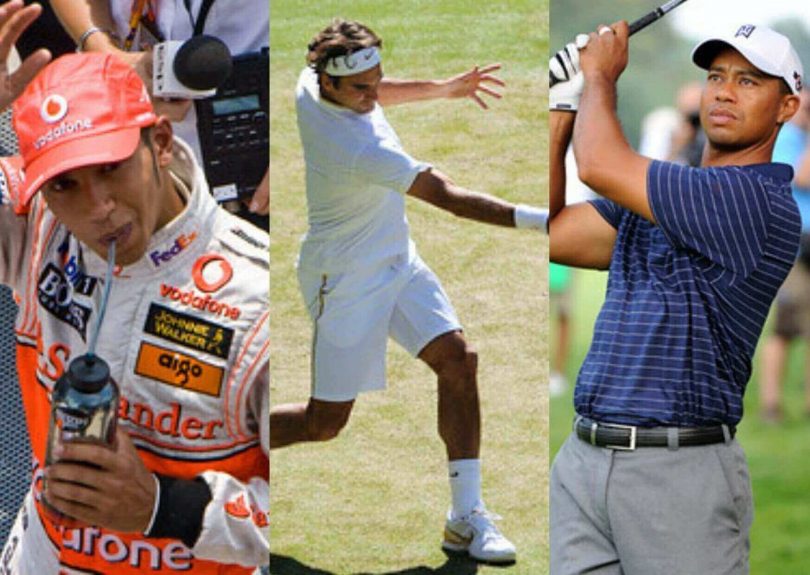 Forbes magazine has been publishing a list of the highest paid sports since 1990. Athletes come from many backgrounds, but which ones are the most paid? Sports such as boxing, basketball, and soccer have some of the world’s highest earning sports stars. But to answer this question, we are going to be give an answer based on standard salary (including sponsorship). This enables us to compare sports fairly and produce quality results. 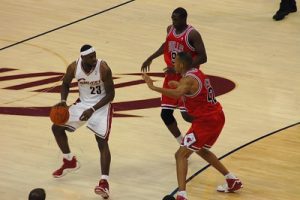 “Lebron James” by ben_lei is licensed under CC BY-NC-ND 2.0

Basketball is the highest paid sports in the world right now, and basketball tournaments such as the NBA, FIBA, CBA, ABL, Asia League are among the most important sporting leagues in the world. Basketball players earn big salaries in team management, allowance deals and signatures on shoes and jerseys to increase their annual income.

Not surprisingly, basketball players always appear on any Forbes Magazine’s highest paid list of players. The NBA player’s net worth is estimated at $ 7.4 million from 2020 a year.

Top players such as LeBron James and Stephen Curry are some of the NBA’s highest paid players and LeBron is the highest paid basketball player for six consecutive years, earning $ 92 million, with combined salary and allowance deals. The world’s best basketball players outside the United States, too, earn high salaries of more than $ 1 million. 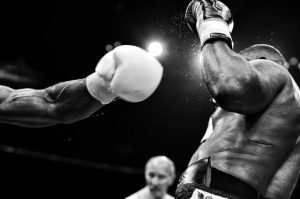 Forty years ago, Boxing was one of the most profitable sports in the world. Aside from the excitement of the sport, it has also made a splash as the highest paid sports event. Boxing stars make a lot of money from their wallets, while bagging a lot of allowance deals, and benefit from Pay-Per-View commissions.

Players like Mohamed Ali and Mike Tyson top the Forbes list as the highest paid boxers in the world, with Tyson earning about $ 685 million in his boxing career. Retired and undefeated boxer Floyd Mayweather earned $ 85 million in 2002, and in 2014 he earned $ 105 million. He repeated the it again in 2018, thanks to his excellent promotional policies earning $ 285 million making him the highest paid boxer in 2018. Mayweather emerged as the highest paid athlete in the last ten years (1 January 2010 – 31 December 2019). As of 2020, the average boxing salary is estimated at $ 51,370 per year. 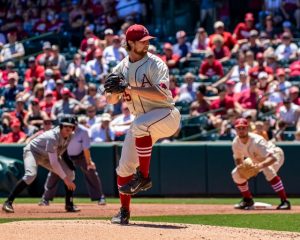 Baseball is one of the highest paid sports in the United States, with an estimated 11 million Americans playing baseball according to the US Census Bureau. Experts say that playing baseball is one of the most challenging tasks in a baseball game, as it requires good battering skills. Not surprisingly, the strikers and MLB players, as a whole, were paid huge sums of money. As of 2020, the average salary of an MLB player is estimated at $ 4.52 million a year. 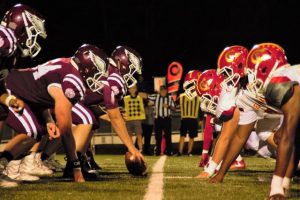 American Football, is undoubtedly the biggest game in North America. The census confirmed the fact that 40% of viewers who watch ESPN channels in the US American love football as their favorite sport. Also, sports people, school children and college students play American football regularly.

NFL players take part in one of the sporting events, where the athletes meet at high speed. The layout of the ball consists of 53 (backup) players who are considered to be the biggest team lists compared to other games. American footballers often get top positions in the Forbes world rankings. Top NFL stars, like Matt Ryan, benefit greatly from the league. The average NFL player’s current income is estimated at $ 860,000 a year. 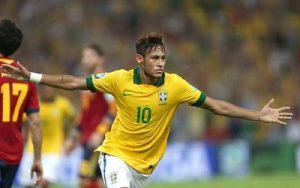 If you look at professional soccer players, you are always attracted to the best players in the world.

The world’s highest paid athletes with their talented talents strengthen the World Cup and Champions Leagues. Many of the following players like Lionel Messi, David Beckham, Cristiano Ronaldo, and Neymar earn a lot of money and get a huge share of money from endorsements.

Most professional athletes earn only a fraction of what the stars have at home in just one week. The salaries of top football players depend on a number of factors, such as the league they play in, the tax system in which they live, and how well they (or their managers) negotiate a contract.

Include additional features such as a clean sheet-related operating system and scoring bonuses, promotional categories, and photography rights to measure players’ actual earnings.

Outside of the United States, soccer players can make millions of dollars every year. However, most will not do much.

Some national league structures, such as the MLS, set salary scales that determine how many clubs can pay players. There are no such restrictions in other countries. 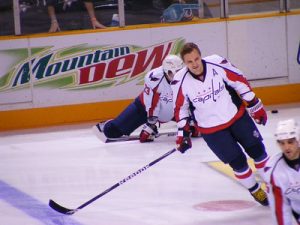 “Sergei Fedorov in the middle” by Dinur is licensed under CC BY-NC-ND 2.0

Ice hockey is a team game played on an ice rink, where players throw a puck into an opponent’s net more often than the opposing team. It’s a fast-paced sports game. The winning team is the team that throws a large number of pucks into the opponent’s net. 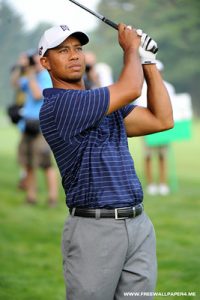 Golf is one of the most popular sports in the world, played by millions and millions of people. It is highly preferred by financial people and viewers around the world, allowing for cash flow in the game. Players must hit the ball into the hole with the help of as many different clubs, using a small number of strokes.

Tiger Woods became the world’s most successful athlete and led the charts of the highest paid athletes from 2002 to 2011, and again in 2013 at $ 78.1 million. Since 2020, Forbes has listed him as the 8th highest paid player in the world, earning $ 62.3 million. The value of Tiger Woods is currently estimated at $ 800 million, making him the richest athlete in the world and the richest golfer ever. Famous golfers such as Arnold Palmer, Sam Snead, and Jack Nicklaus strengthened their position in the history of the sport, earning millions of dollars during their playing time. The average golfer’s current salary is estimated at $ 43,983 a year. 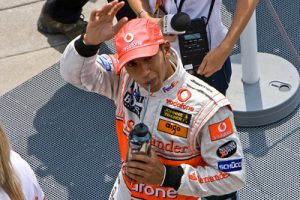 Auto racing is one of the highest paid sports in the world. It is really competitive with fun, sports awards, and certificates. Racers are motivated by courage, and a desire to get to the finish line first and not be harmed. However, life-threatening accidents are compensated by high prizes, various types of supercars, etc.

Many racing events such as the Formula 1 Grand Prix, Moto GP and NASCAR have become one of the most watched sporting events (with over 550 million people), making it one of the most lucrative sports. The highest paid athletes include Sebastian Vettel, Michael Schumacher and Fernando Alonso. In 2020, Forbes nominated Lewis Hamilton as the world’s 13th highest-paid player, earning about $ 54 million. Michael Schumacher regularly leads Formula 1 stars of nearly $ 1 billion in his career. As of 2020, the average salary for a race car driver is estimated at $ 44,884 a year. 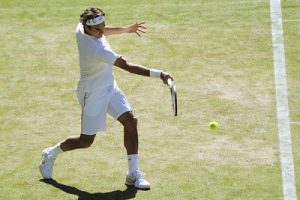 Tennis is a major Olympic sport where two athletes compete against each other. They aim to hit a tennis ball on the other side of the court so that the opponent can successfully bring it back. Various cup competitions, such as the Grand Slam series, etc. It attracts top prizes in the millions of dollars. Winners of such competitions have earned millions of dollars, with such contracts and sponsorships, making tennis one of the most lucrative sports in the world.

Tennis players such as Roger Federer, Rafael Nadal, and Serena Williams earn millions of dollars annually from salaries / bonuses as well as sponsored companies from Nike, Adidas and other major global brands. By 2020, according to reports, Roger Federer is the highest paid player and tennis player in the world, earning $ 106.3 million, with the total approximately $ 100 million of that amount. As of 2020, the average tennis player’s average salary is $ 38,800 a year. 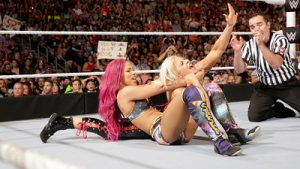 Professional wrestlers are highly paid wrestlers, either in World Wrestling Entertainment (WWE), regional or local wrestling. Wrestler players get used to and familiarize themselves with their performances or roles before making a live broadcast to entertain fans with their acrobatic styles. As of 2020, the average salary of a paid wrestler is estimated at $ 50,000 annually, excluding mega bonuses and admission deals, making it one of the most lucrative sports in the world.